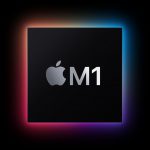 PictureMe Pro is the first App from AppForce.One which is available as Universal Binary in the Mac App Store. This means that both Intel and the new Apple M1 processor are directly and optimally utilized in this app. Over the next few months, all Mac Apps from AppForce.One will be rolled out as Universal Binaries, further increasing speed on the new M1 based Macs.
Intel processors will of course also continue to be supported and all as yet unoptimized Univeral Binary Apps will also run on the new M1 based Apple computers via Rosetta2. It is expected that Apple will replace its entire line of computers with M1 based models. The Mac mini and MacBook are the first M1 Apple computers that are already available and even without M1 optimization our Apps run faster on these Macs than on older Macs, even though these older Macs have more memory.