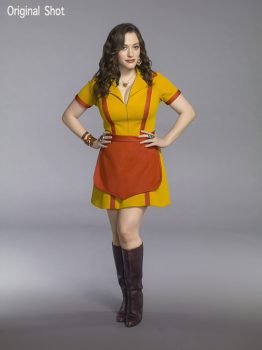 Lately, there have been quite a lot of improvements made to the Pro version of PictureMe; PictureMe Pro. Existing Pro users will receive these automatically through the Appstore upgrades, but those who use the standard version, might not be aware of the improvements made to the Pro version. In this post the new features are explained. For those who would rather view a video that read, a video was made;

From the very first versions of PictureMe and PictureMe Pro, an important difference has been the output quality; with the standard version, the output is limited to 1000 pixels. That’s fine for web applications, but not optimal quality. The Pro version has no resolution limitations. There, the resolution is determined by the backdrop file, in combination with the MegaPixels setting. So if for instance the backdrop has a size of 4000×3000 pixels, than this is a 12 MP image, and the MegaPixel setting in PictureMe can then be set to a maximum of 12. A higher value is pointless, a lower value makes processing quicker. PictureMe will work 2x faster when using 6 MP instead of 12. To avoid scaling of the captured camera image, you can set your camera JPG quality so that it produces a size that roughly matches the backdrop. This is the best way to optimize the workflow.

Positioning and re-scaling the image can now also be done using the keyboard. This is easier for laptop users on location that prefer not to use a trackpad. The + and – keys make the image larger or smaller. Using the Shift key, the steps made are 5x bigger. To set the position of the image on the background, the arrow keys can now be used. Here the Shift key also speeds up the movement 5x

There are two disadvantages to using a colored backdrop for chroma-keying. Firstly, it is near to impossible to correctly capture blonde hairs without picking up the backdrop color; Loose strands of hair either get the backdrop color or are cut. Secondly, the reflection of the backdrop color has an effect on the subject. Especially when the distance between subject and backdrop is (too) small. In the current version of PictureMe Pro, a new algorithm has been added to enable the use of grey or white backdrops. Both of the above mentioned problems are solved this way. The only challenge is the highlights of the subject; eyes and teeth and sometimes also reflecting parts of the forehead, nose or white nails can incorrectly be cut-out.  Facial recognition in PictureMe Pro has been improved to avoid this; eyes and teeth are preserved automatically. Detecting nails and reflections are more tricky, but can usually be easily brushed in manually in PictureMe Pro. When the correct lighting is used (no over exposure) then PictureMe can cut-out a very uneven grey back drop perfectly. Ofcourse the limitation remains that clothing in the same color as the backdrop will still have to be manually brushed back in.

By using anti-aliasing techniques when re-sizing the images, the quality has been improved. Earlier, moire patterns could appear and the image was noticeably less sharp than the original shot. In the current version, techniques are used to keep the image quality optimal.

Also only available in the Pro version is the extra Monitor option. A second monitor window can be show (full screen) on a second display, aimed at the people in front of the screen. This way, the people can see what the operator is doing without leaving the screen.

When used at events, speed is essential. The built in email and print options allow the fastest possible emailing and printing possible.

Altogether there are many reasons to upgrade to PictureMe Pro. Anyone who ever wants to do chroma-keying or needs cut-outs, can easily get return on investment purchasing PictureMe Pro.